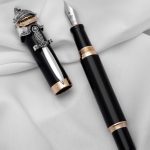 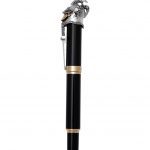 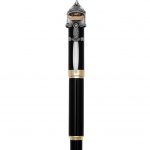 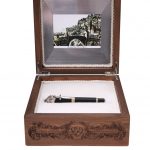 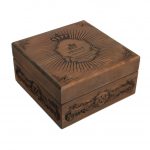 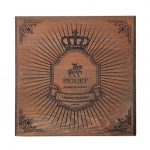 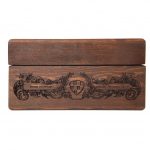 The Knight Rudolf was the Count of Geneva from 1252 until his death in 1265. He was described by Renaissance historians as “the more noble son of a noble father.” Rudolf, who found himself in austere wars while living peacefully in his estate in the castle of Saint-Maurice, overwhelmed his adversaries through diplomacy rather than fighting thanks to his astute correspondence.

The count proved to the world that “The pen is mightier than the sword!”

On the 63rd anniversary of our brand, we desires to honor his excellency Rudolf of Geneva with a hundred limited edition pen. Our craftsmen mounted his sword to the clip and his helmet to the top of the pen. They both builded by solid silver. In addition, we used a 14k white Gold nib meticulously manufactured with very special techniques.

Pen’s exclusive wooden box was adorned with many symbols, and the coat of arms of the count was engraved on the box.

Rudolf’s fervent life will continue to inspire our brand and his legacy will be emulated by generations.

On this occasion, we once again salute Rudolf, Count of Geneva and articulate his eternal legacy:

“The pen is mightier than the sword!”

No products in the cart.